John Spicer has worked in audio production for over 25 years. His passion for music and the arts has found him running front of house sound, contributing his knowledge and expertise as a freelance author and presenter, and acting as a coach and mentor for churches and other purpose-driven organizations.

All of this led him to found Broken Soul Audio, centered around his dream home studio designed with Haverstick Designs. We recently caught up with him to dig in a little deeper about his background and his thoughts on his relationships with his clients as an audio engineer. We started by asking about his good friend and client, Nikki Lerner.

JOHN SPICER: I’m so privileged to have Nikki in my life. She, her husband, and the band—we’ve all become really close friends. Music is cool because it kind of does that, brings people together. We have a lot of common thoughts.

Years ago, I was the audio director at a church in Gaithersburg, MD. She and the guys came to do a Sunday morning with us. From the second we all met, there was chemistry. And the friendship just bloomed. When she started doing more performances, there was some struggle, you know, venues that presented a lot of challenges with audio. She asked me to start tagging along to help with the live sound and then eventually travel with them. To this day, we spend more time talking and hanging out and just catching up with each other than we actually do gigs. When you hit the road, it’s all family. It’s deeper than just what you’re doing in the moment. So we have some really great times.

AF: Timewise, how’s your workload split up? You’re doing a lot of things for a lot of people.

I do. You know, that’s a really great question. I actually call Broken Soul Audio my “side hustle”. It’s my passion business. I’m also in the cybersecurity arena. And I own a cybersecurity business, which is, you know, how the art world must work, right? Many people have the normal 9 to 5s and then have their passion business. So yeah, time is always a challenge because I am busy. I have the studio. I also do a lot of freelance engineering work, consulting, and training in the live audio world (a lot of that in the house of worship arena). I also teach, and I write for Church Production Magazine. My hands—my fingers—are in a lot of things. That’s how Broken Soul started.

I was doing so many things. I realized I had to start a business identity to capture all of the different work I was doing. That’s how I ended up with the studio in my basement. I decided years ago I wanted a personal music creation space. 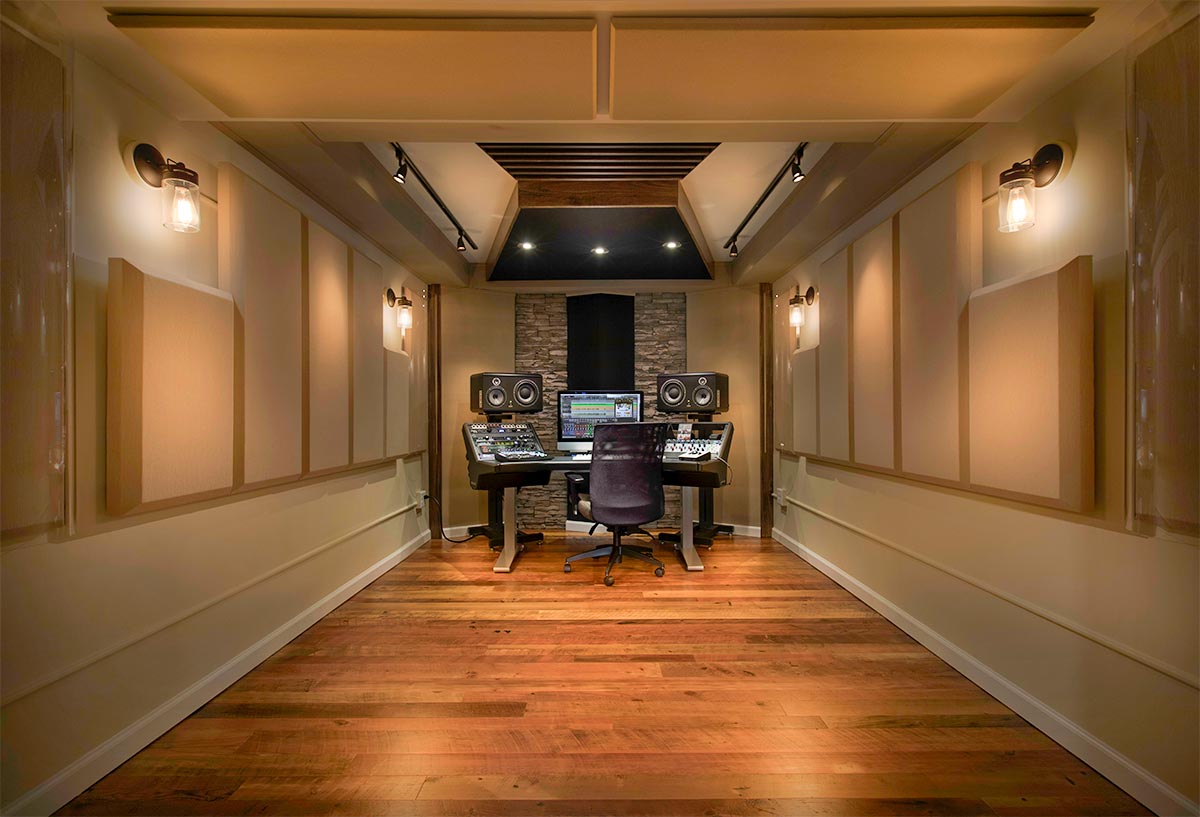 Is that where you worked on the Damascus Road Community Church recording?

That album? Actually, that was interesting. Physical copies have been released. On the streaming side, the go-live date is happening at the end of February 2022. We just did a massive concert last Friday night to celebrate. That project was a mix: some of it was studio recorded. A good portion of it was recorded live on stage at the church, and then we would do punch-ins and mix at Broken Soul Audio. Some of it was already recorded in Calcutta, India, when they had a team there on missions. One of the songs was written (or the arrangement was created) in Honduras on another trip. It was really cool working on a project that involved a whole bunch of different people from around the world. And then getting to mix it all down in my studio. We did a bunch of overdubs in my studio, as well.

So, while I originally built the studio in the basement to work on my craft and maybe do some mixing, I’ve ended up doing a lot more with it. You know people find out you have a studio… “you have a studio??” and they want to come do stuff in your basement. That’s how I got to know Gavin from Haverstick Designs—to get some advice on making the most of the space. (I can’t preach about Gavin Haverstick at Haverstick Designs enough!)

Is that how you found out about the Flex-48?

Yes! My studio went up about four years ago. Gavin was excited about the Flex-48 so I added them to the room treatment. At this point, I don’t give them a second thought because the room is working so well. I pull the Flex-Shields out once in a while as needed. I don’t do that very often. What is interesting is whenever someone visits the studio, that’s always like the second question for me—“What is that?”. And I get the chance to talk about how the Flex-48s work and how I use them. They’re like, “wow, that’s super cool.” I’m like, “yeah, and they also look really neat.”

Do you notice the effect of your acoustical room treatment more when you’re tracking or when you’re mixing—or both?

My studio is not huge. It’s what I would call a “project” studio. I don’t have a dedicated control room or tracking room. I have one room and I’m right in there with the talent. I find that it makes a much more intimate environment, being in the room while the artist is recording. It allows me to help keep a calm, casual, and relaxed environment. Because of what I do and my passion for the arts, I tend to work with a lot of people who might not be considered “seasoned pros”. I enjoy helping people achieve their dreams without having to hire a million-dollar studio. Having this intimate environment helps.

My room has a “live” end and a “dead” end, so Haverstick Designs recommended the Flex-48 in each end at the quarter wavelength point for a targeted frequency for specific bass management.

On the one end where I record, I want the diffusion. On the other end where I mix, I like their damping property for… I think it’s 80 Hertz. I can pull out the Flex-Shield if I want to deaden it out a little bit more on the recording side. That’s been effective. Typically, I just set them and leave them. Because of the size of my room, I don’t mess with them very much. They have such a good response at some of the lower frequencies where my room is challenged because of its small size.

Regarding your blog, Embracing the Inner Artist, and your idea that the engineer’s mind comes in and edits the artistic wild ideas- have you ever had an “accident” while creating something artistically that ended up transcending your original intent?

I’ve had times when I initiate a plugin on something and accidentally pick the wrong one. I’m going for a reverb, and I accidentally initiated a distortion, and wow, it’s amazing. It’s happened a few times. Early on, I was working with a producer, Dave Hawley from Startsong Studio. I gave him some mixes, and he said, “these are really good, but stop playing it safe.” I was making some subtle ambiance choices—delays and verbs, the typical engineer stuff. He said, “great ideas, just go with them.” In the end, that really hit home. It’s so easy for us to say, “Oh, no. Too much delay, don’t screw it up!” But it’s so fun to work past that and challenge yourself and say, “You know what, I’m going to try something absolutely ridiculously crazy.” Sure you can really mess something up, especially when live, and sometimes you can’t take it back. You throw it out there, and there it is. See what happens and make art. That was really where my heart was on that one. 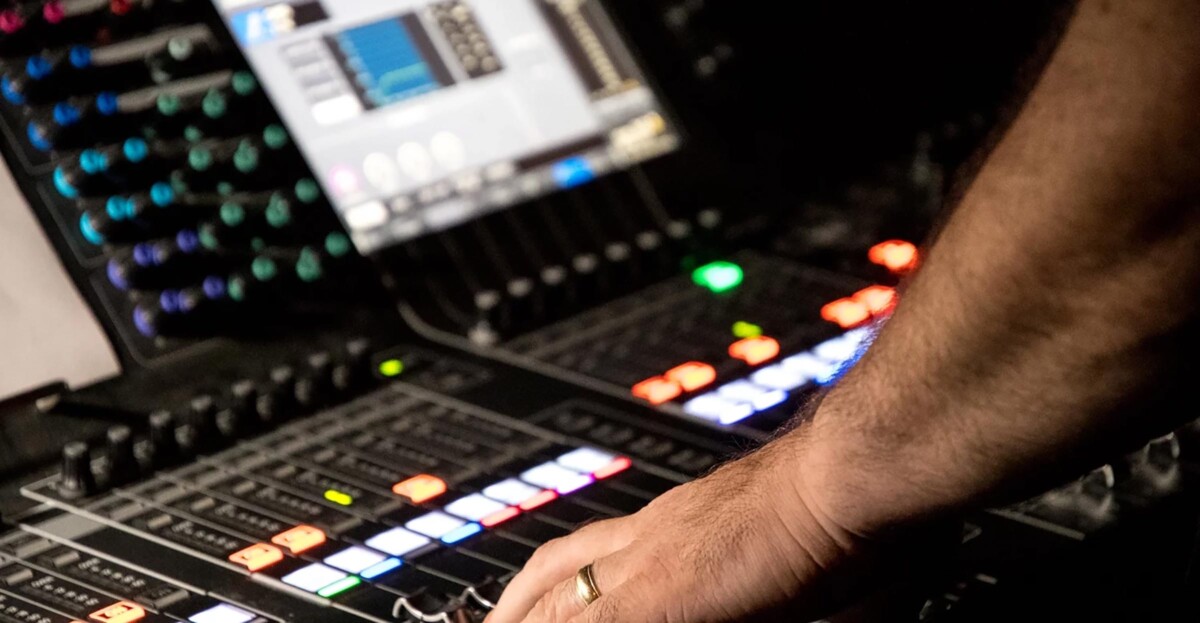 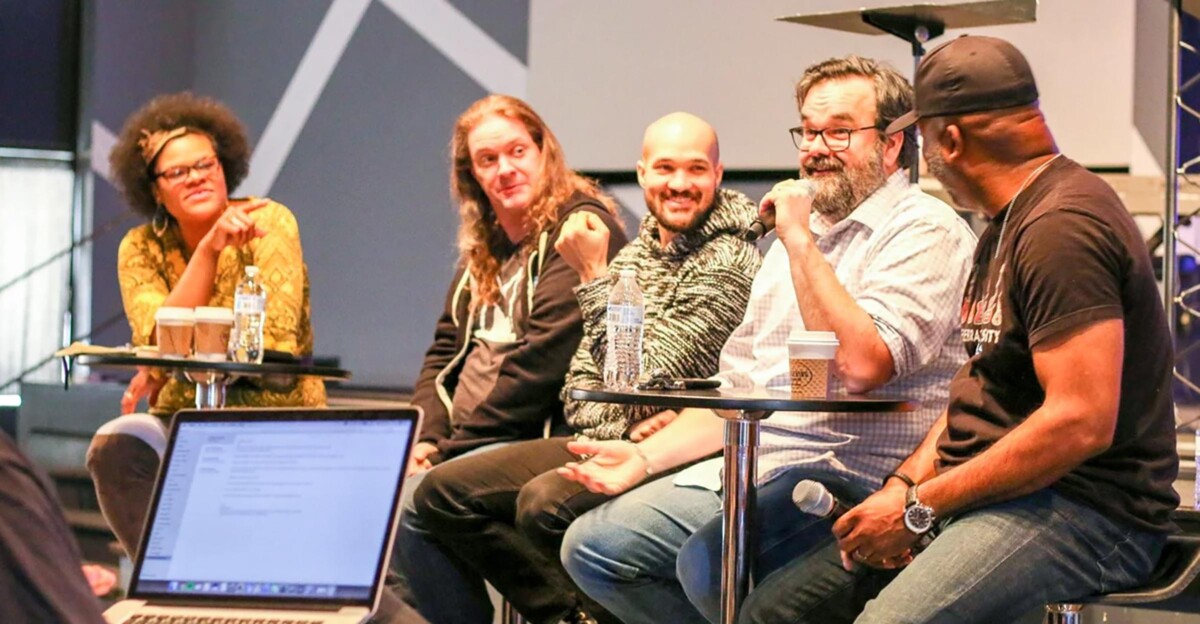 You have an interesting perspective as an engineer.

A lot of people tend to look at audio or even lighting as infrastructure. But once you get to the point where you can see what you’re doing, and you can hear the people on the stage, infrastructure stops, and the art starts.

My approach as an engineer is to build a relationship, when possible, with the artist. Getting back to Nikki, I first met Nikki at a church venue I was setting up. We introduced ourselves, we got talking, and we are about to do a soundcheck. I say, “Oh, hey, by the way, I’ve listened to some of your work. Can you tell me about your sound? What are you trying to achieve?” And she looked at me and said, “I have never had anybody ask me that question.” Wow, right? But in order for me to exist as an artist-slash-engineer, I have to be communicating with the people that I’m working with, understanding what their vision is.

I love live audio work that much more because it’s a dynamic relationship.

One more question, and then please share anything you’d like. When you go into different venues and houses of worship to do production, how often is the room problematic? How often is the space problematic for the sound? And how often do you find yourself wishing there was acoustical treatment?

Almost every time. Most venues, especially in the House of Worship market, have real challenges and real problems, whether it be antiquated equipment or a set of engineers that through no fault of their own don’t necessarily know what they’re doing. They’ve just never been trained and had the experience. Most of them are eager to learn, but they’re there behind the ball.

In many of these rooms, I can sit in one seat and feel the kick drum in my chest, but I can move three seats over and can’t even hear the bottom of that kick drum.

I’ve even had rooms that were bad enough we just decided that we’ll not play specific notes because the room just swells, you hit a resonance and it draws a different inversion. So I’d say, “Hey, the E flat down here, I just need you to stay away from that.” It all goes back to teamwork, right? I mean, that’s all about serving the room, serving the song, and serving the space and the people to make the best impact possible with your music. 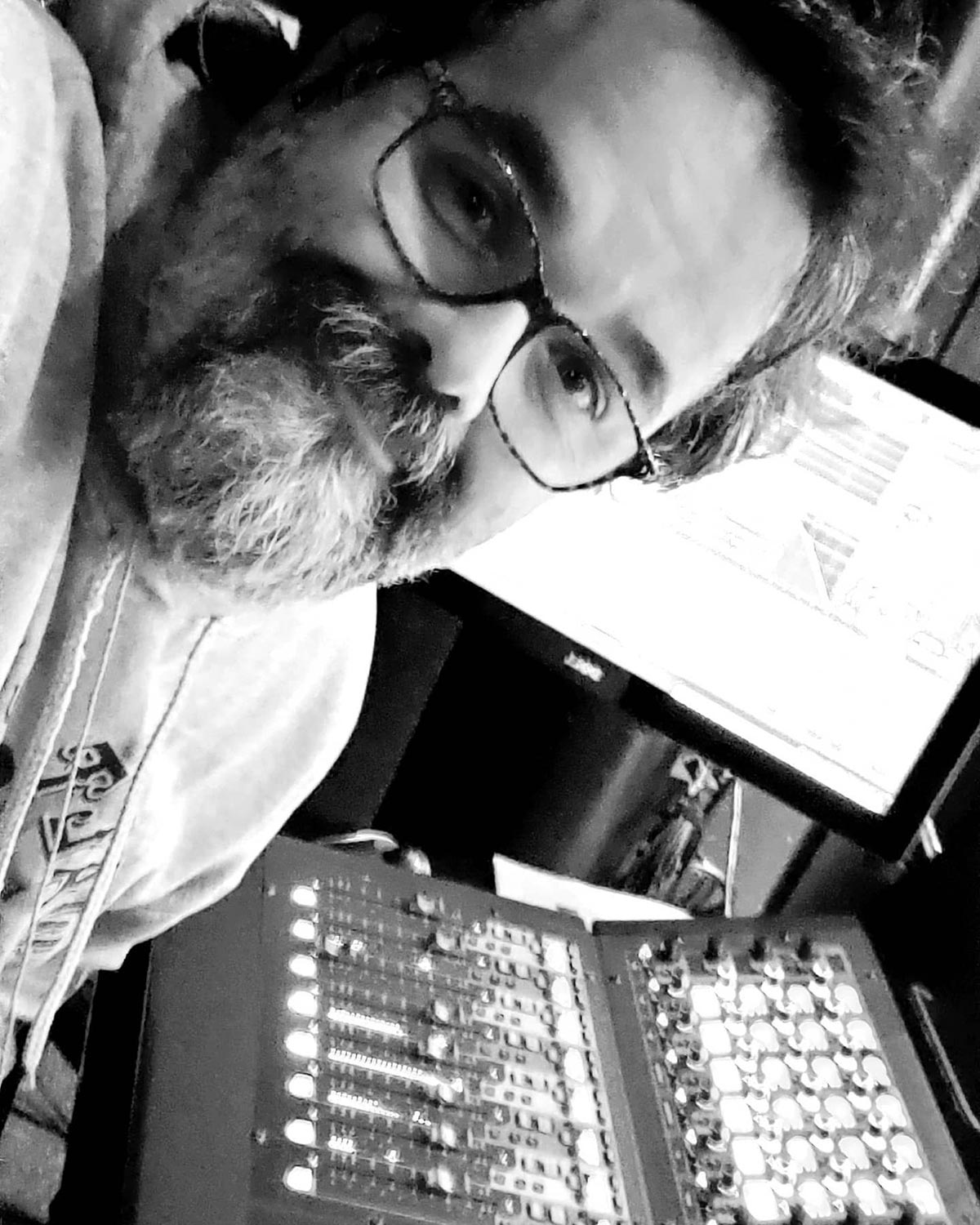